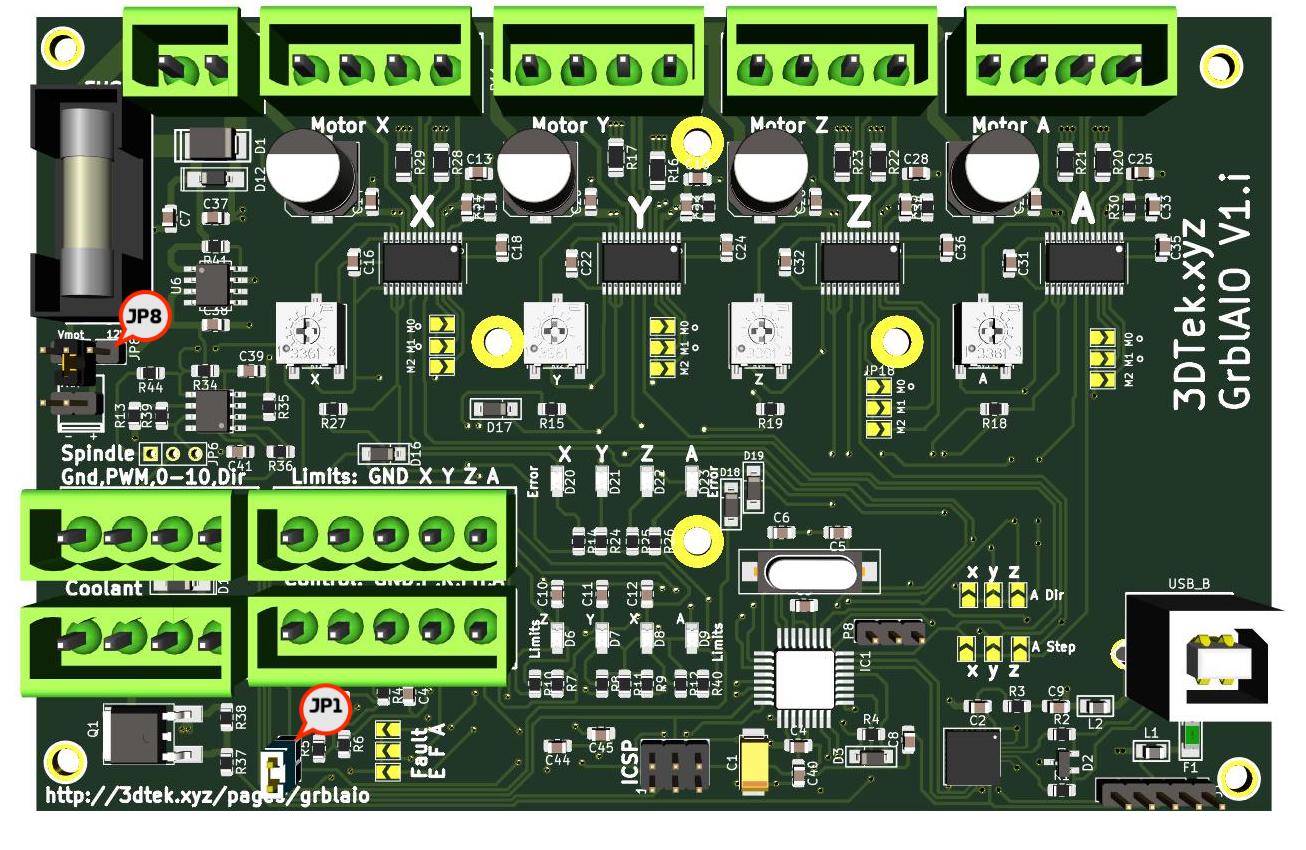 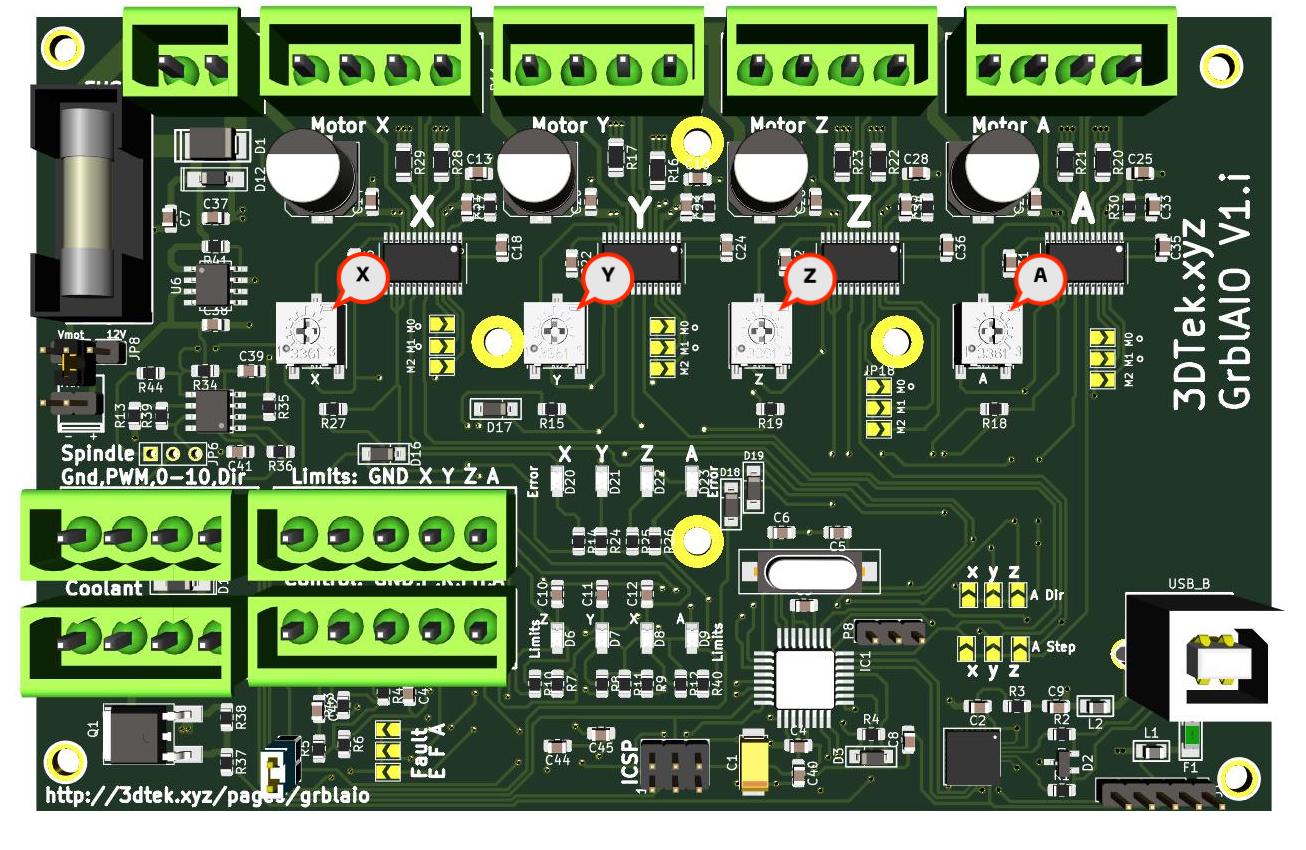 These pots reduce current output of drivers when turned clockwise. Initialy set all the way clockwise then a 1/4 turn anticlockwise. Be gentle with these pots. 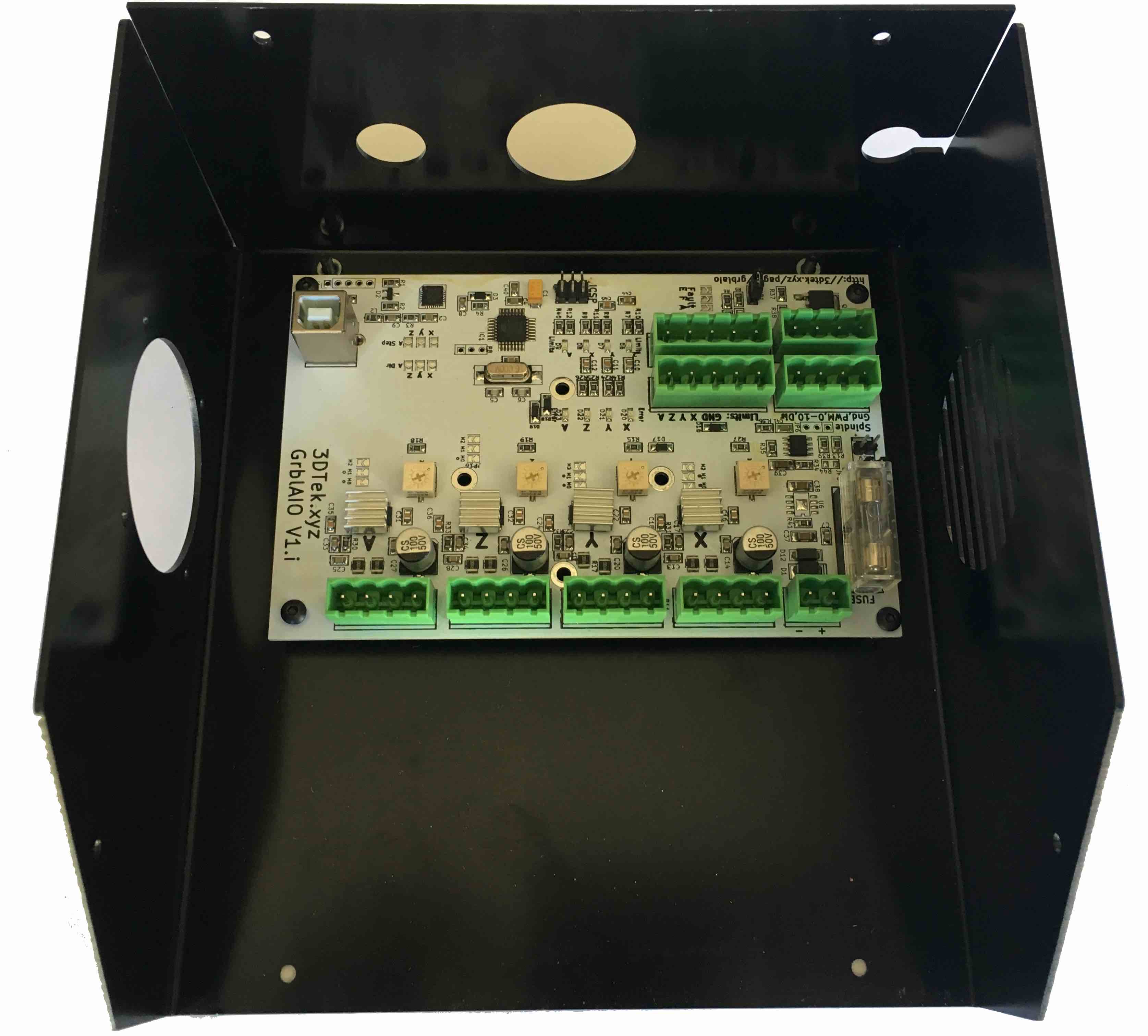 Dial each clockwise all the way, careful they only turn 270 degrees, then turn back anti clockwise 1/4 of a turn only. This is a good starting point. When tuning the machine at a later point you may need to adjust these anticlockwise for some more power or clockwise if the motors are shutting down mid job. This should not be done until a later point and only if necessary. 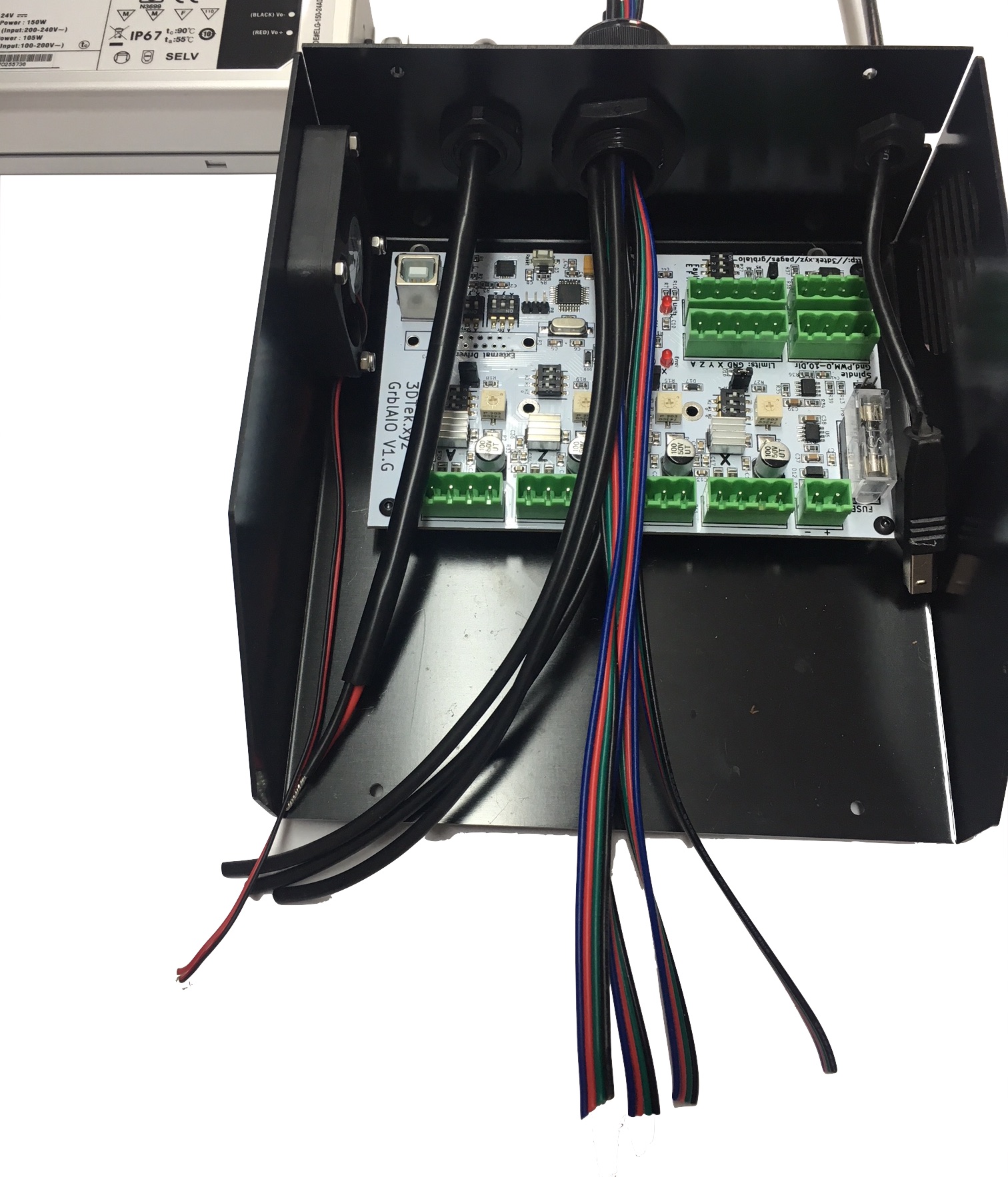 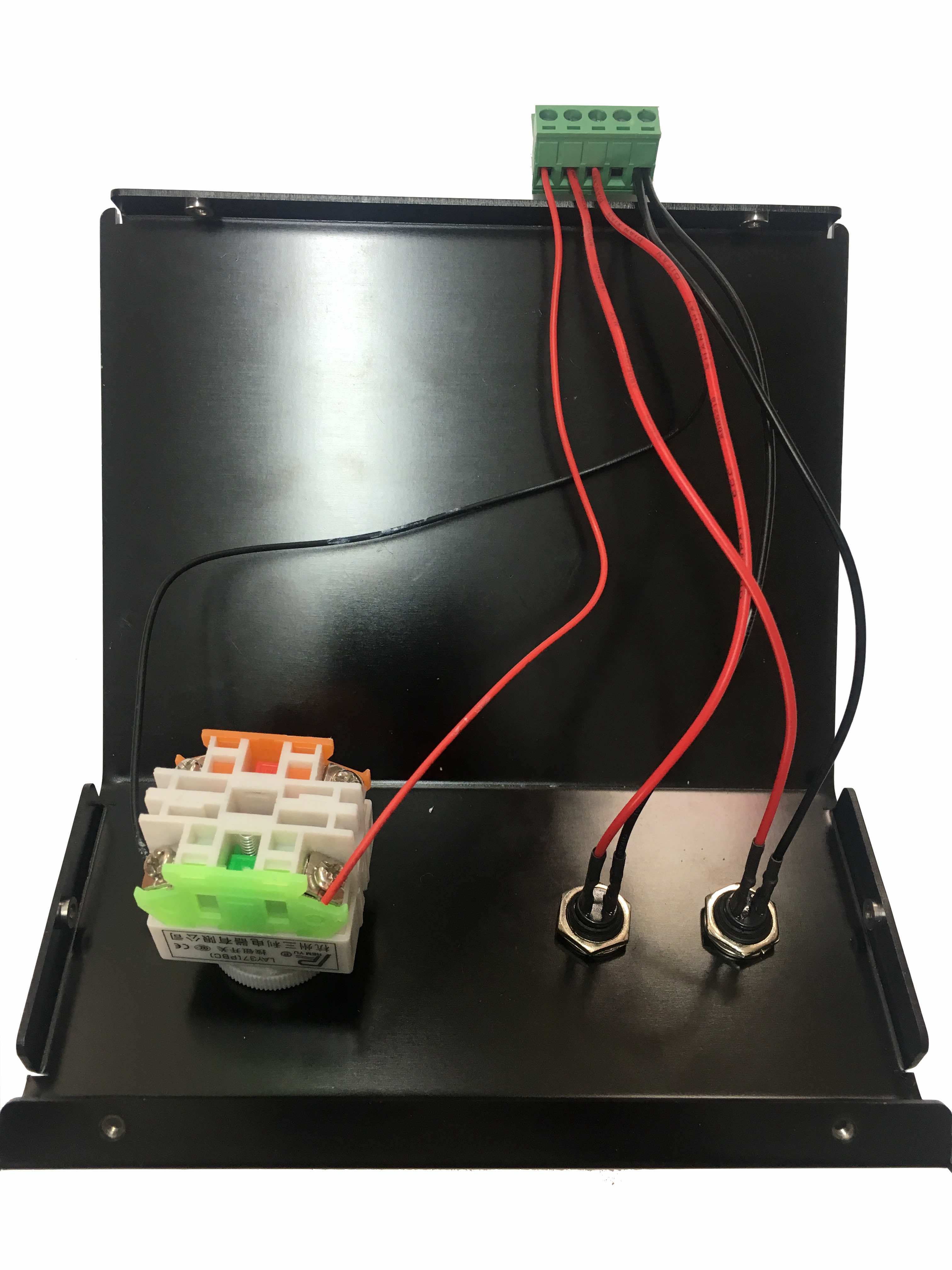 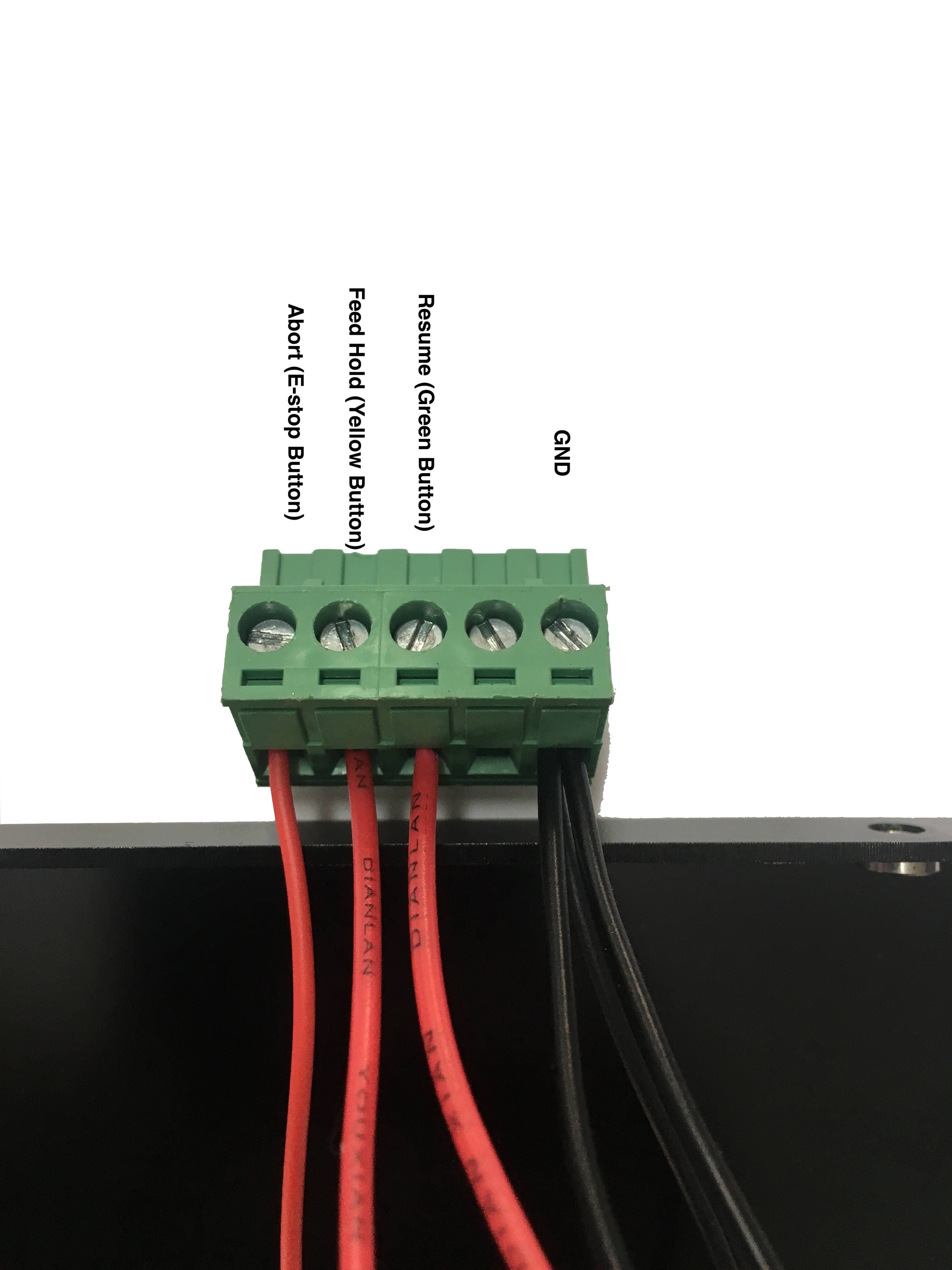 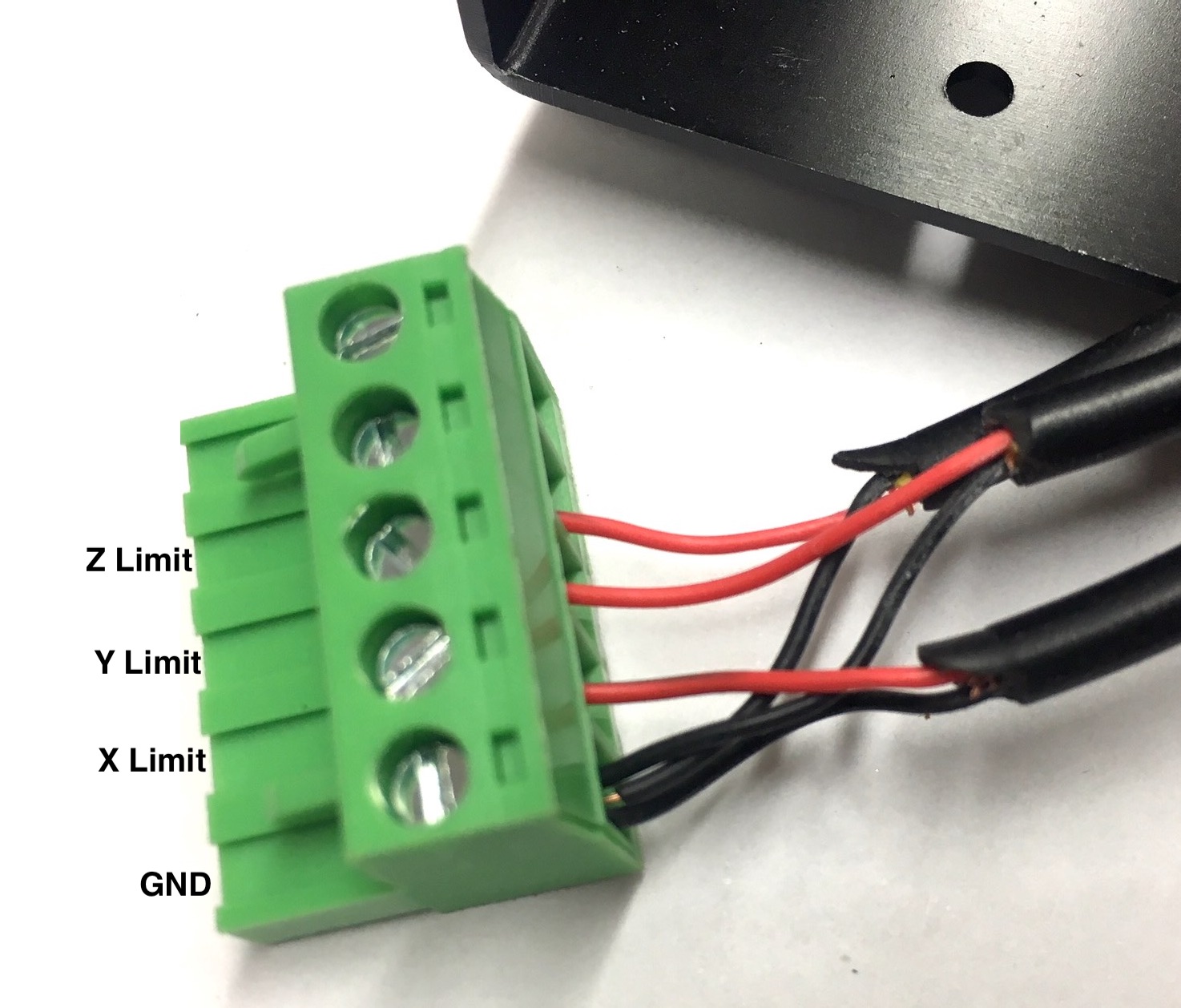 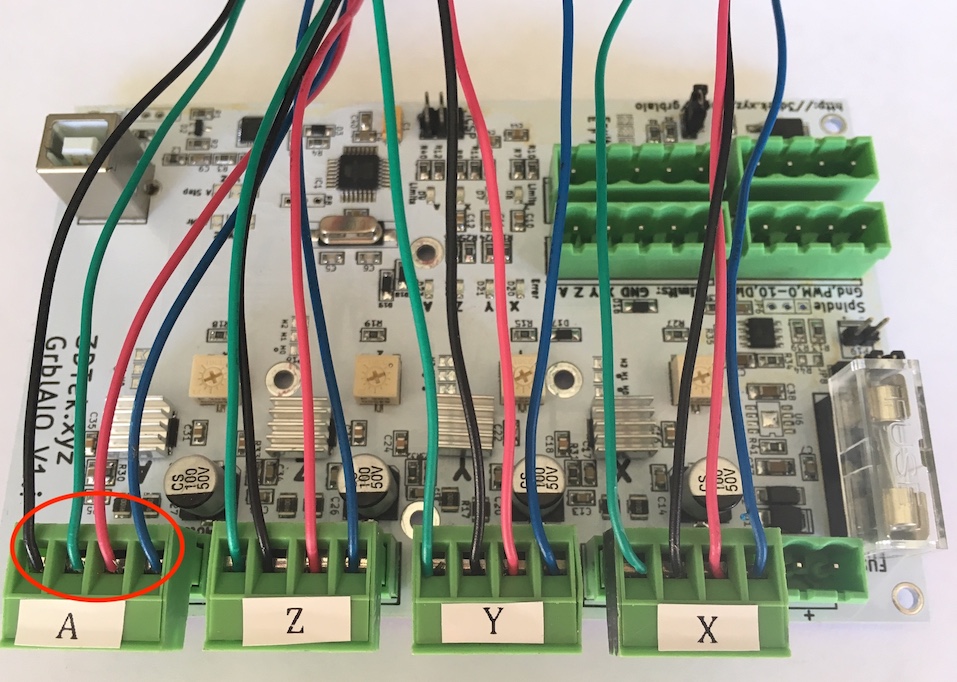 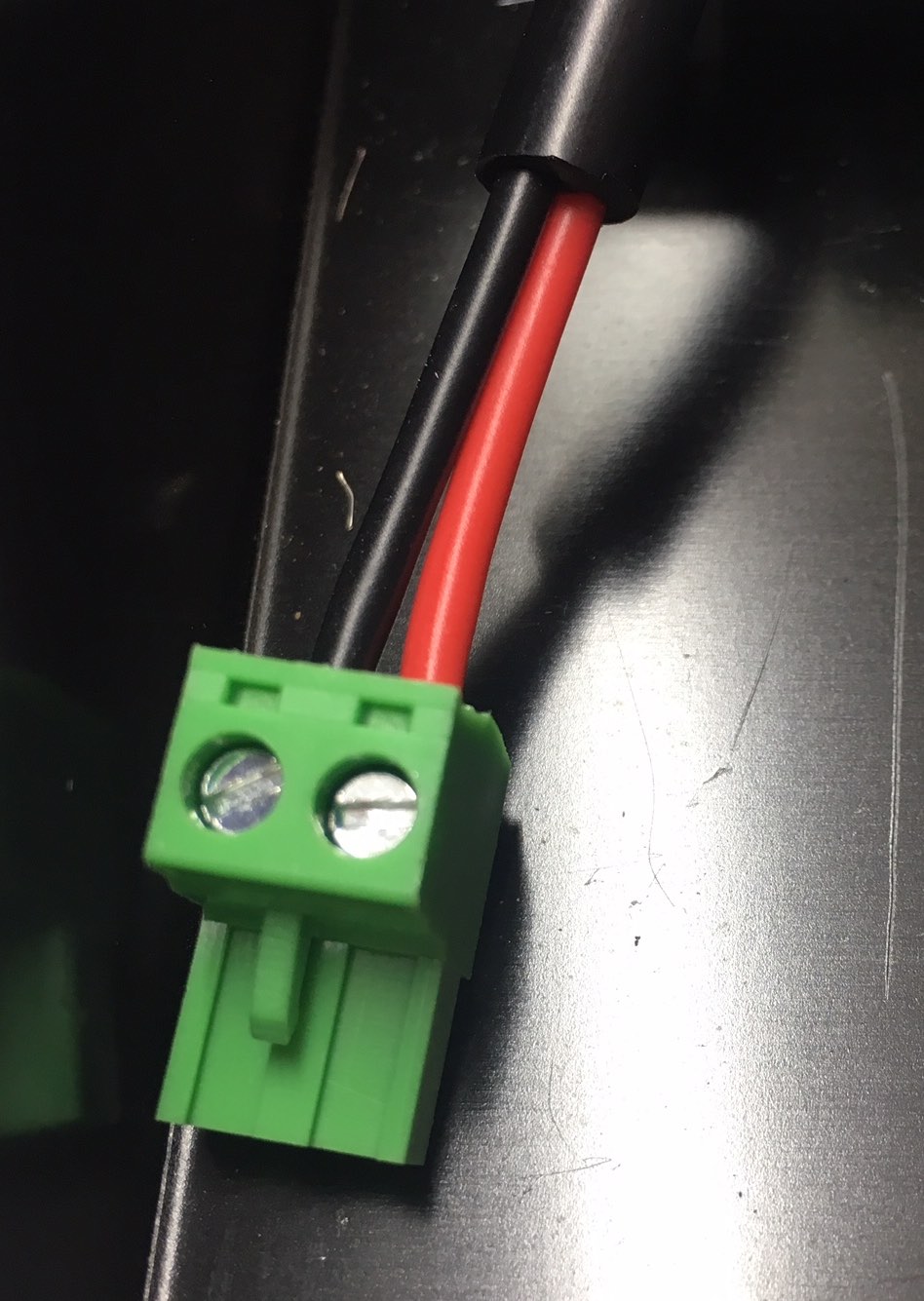 Step 8: Connect all plugs to AIO 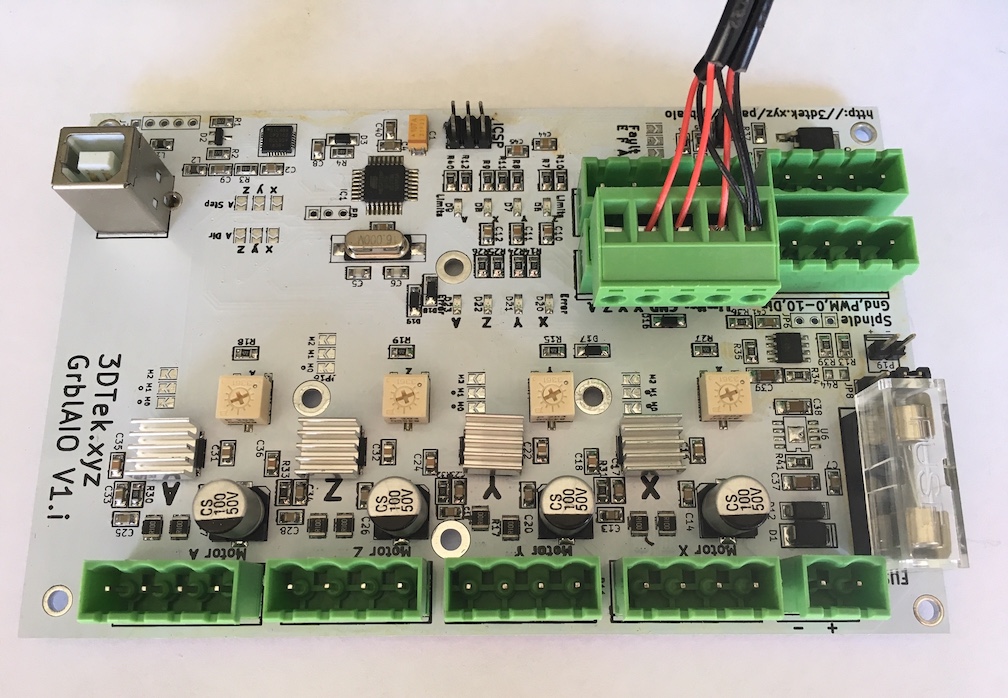 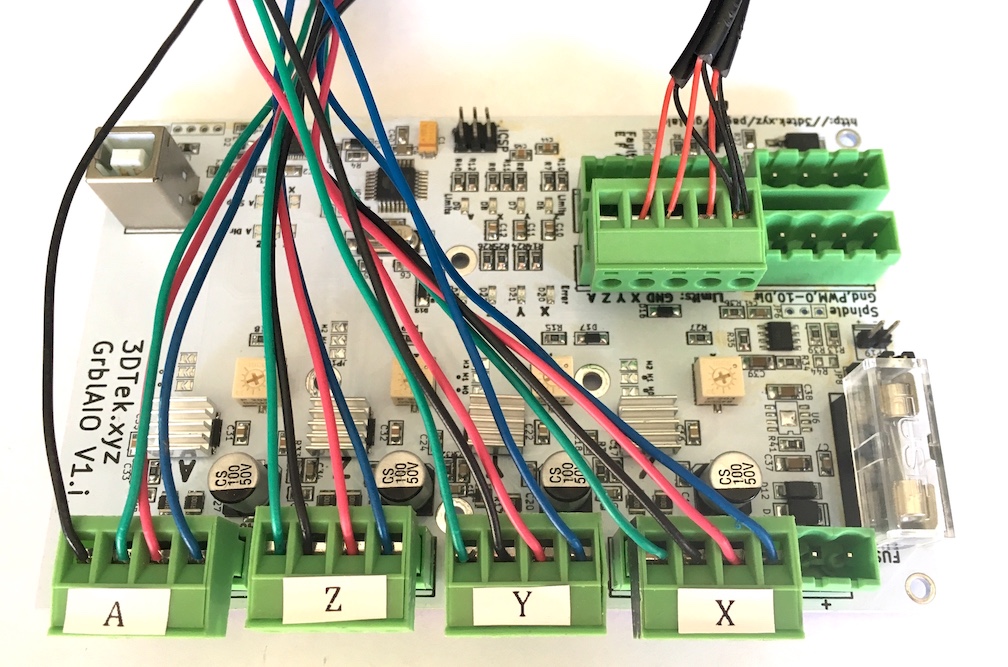 Plug in Power and Fan plugs as shown below. Some fans, 24V fans only, are instead supplied without white plugs on the end, in which case they can be wired directly in with the 24V power supply into the 2 pin green plug. 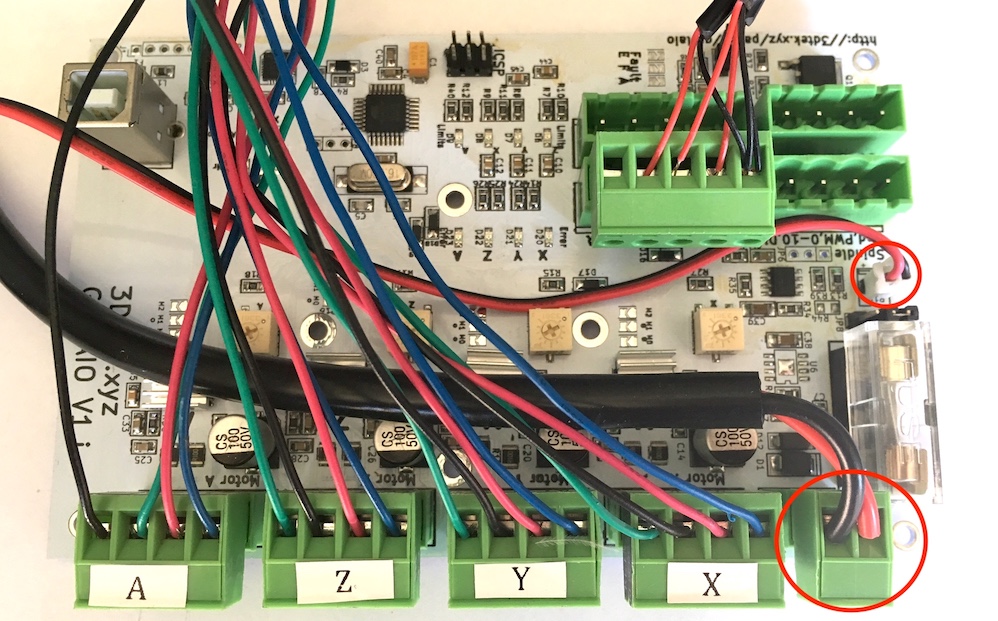 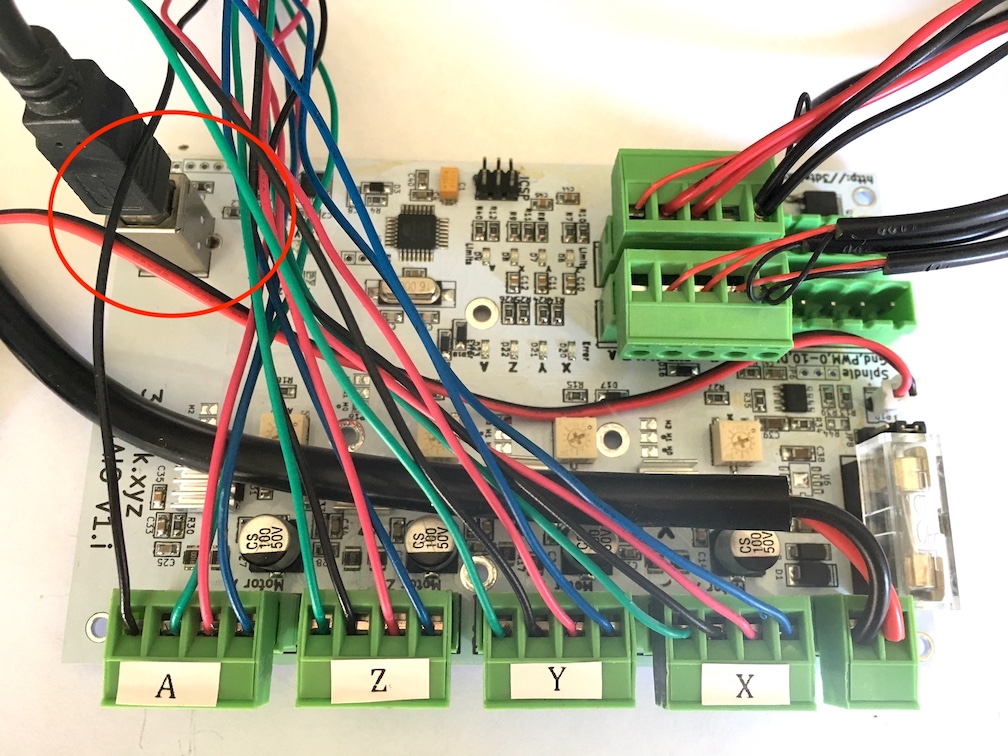 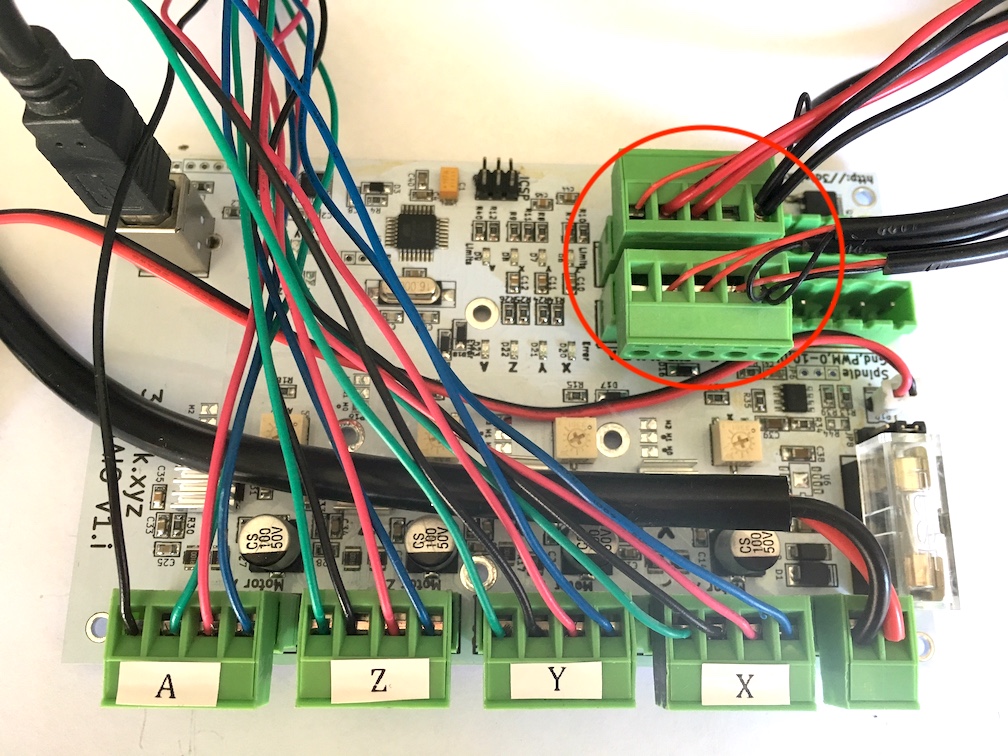 Click to enlarge You may now replace the enclosure cover. </div>